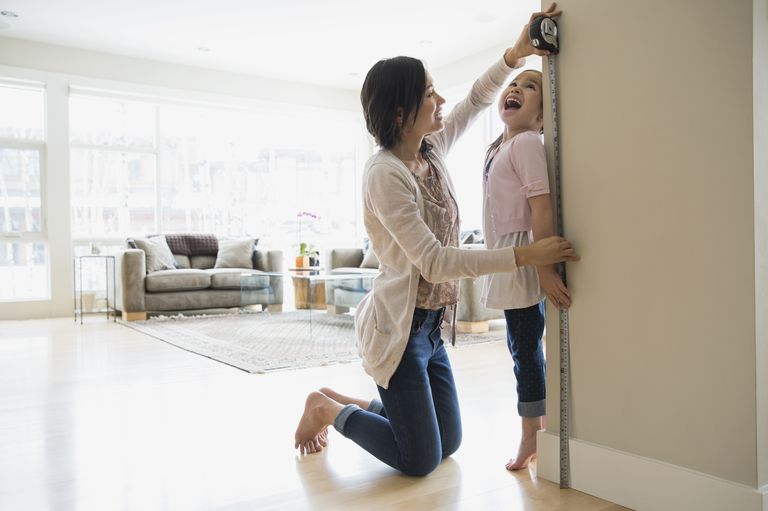 The newborn child exhibits movements that are automatic in response to external stimuli between the time of birth and one month. Some milestones include the rooting reflex, where a newborn opens his mouth and turns his head toward your hand when you stroke his cheek; the grasp reflex, which is when the newborn involuntarily grasps at any object put in his hands such as your finger; and the startle reflex, where a child stiffens, extends his arms and legs and then quickly brings his arms together in front of his chest in response to position changes or sudden noises. At this stage, a newborn is able to move his head from side to side, smile and cries to indicate his needs, see objects that are close to his eyes such as his parents’ faces, recognize certain smells.

Between one and 12 months, infants display new developmental abilities. A three-to-six-month-old child is able to play with his hands together and control his head movements. An infant is able to respond to his name and babble, sit without support, between six and nine months old. A baby can crawl, stand with support and pick up objects with her index finger and thumb or a pincer grasp, between nine and twelve months.

Children between one and three years old are toddlers. At this age, they display ritualistic behavior, such as a bedtime routine, which gives them a sense of comfort and reliability. Although toddlers are clumsy, they can jump in place, walk without help, go up a staircase, hold a crayon, draw a circle, build a tower of two blocks, use short sentences and follow simple directions.

Preschool development occurs between the ages of three and five years. Increased refinement of fine motor skills characterizes this stage of development. The preschooler can stand on one foot for 10 seconds or longer, hop, skip, throw a ball over his head, draw a person with features, take care of his toileting needs, dress and have long conversations.

The school-age developmental stage is between six and 12 years old. Children at this stage are more capable, responsible and independent. The school-age child begins to develop secondary sexual characteristics and has greater motor skills. Peer relationships become important here and are typical with members of the same sex.

During the adolescent years, mental, physical, cognitive and sexual changes occur. Girls are physically mature while boys might still be maturing. Teenagers develop their opinions and identity. They have concerns about their looks. Eating disorders may occur at this time. Adolescents develop an interest in members of the opposite sex and spend less time with their parents and more time with their friends.