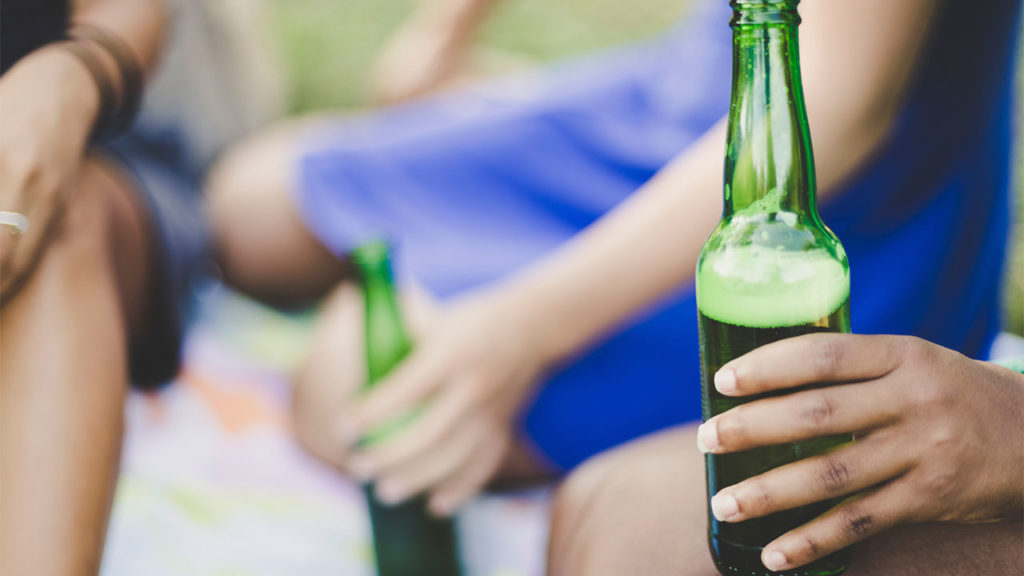 Alcohol is generally considered to be a socially acceptable drug, yet it is responsible for most drug-related deaths in the teenage population. Alcohol use also has a variety of serious health risks. It is difficult to prevent teenagers from experimenting with alcohol, but parents and carers can encourage sensible drinking habits.

The safest level of alcohol drinking for teenagers is no drinking, especially for young people under 15 years of age. But if older teenagers do drink alcohol, parents and carers can minimize the risks by providing adult supervision and encouraging consumption within the adult guideline for low-risk drinking.

The most influential role models for children are their parents and carers. Children learn by imitation, so it is important that you demonstrate sensible drinking behaviors, like:

There are many important factors that help reduce the likelihood of a young person abusing alcohol. As well as good parental role modelling, these factors include:

Young people are at greater risk of alcohol-related harm than adults. As the brain keeps developing into your mid-twenties, drinking alcohol as a teenager can increase the risk of damage to the developing brain. It can also lead to problems with alcohol later in life.

Teenagers are likely to drink more than older people. Drinking heavily over a short period of time with the intention of becoming drunk is known as binge drinking. Common effects of binge drinking episodes include:

As well as increasing the risk of short- and longer-term health problems, binge drinking can lead to young people taking risks and putting themselves in dangerous situations, such as drink driving and having unsafe sex. Drink driving and other risky behaviors increase the risk of alcohol-related harm, such as injury or death.

Drinking alcohol can affect how the brain develops in people under the age of 25. People under 15 years of age are particularly at risk. Long-term drinking above the recommended levels may lead to a range of disorders, collectively known as alcohol-related brain injury. Symptoms can include learning and memory problems, and difficulties with balance.

Misuse of alcohol can be linked to the misuse of other drugs. Taking alcohol with other drugs that also suppress the central nervous system, such as heroin and benzodiazepines, can be particularly risky. It can cause a person’s breathing and heart rate to decrease to dangerous levels and increase the risk of overdose.

The combination of alcohol and drugs (including cannabis) can also lead to increased risk taking, making it difficult to drive or carry out other activities, with the potential to harm others as well as the drinker.