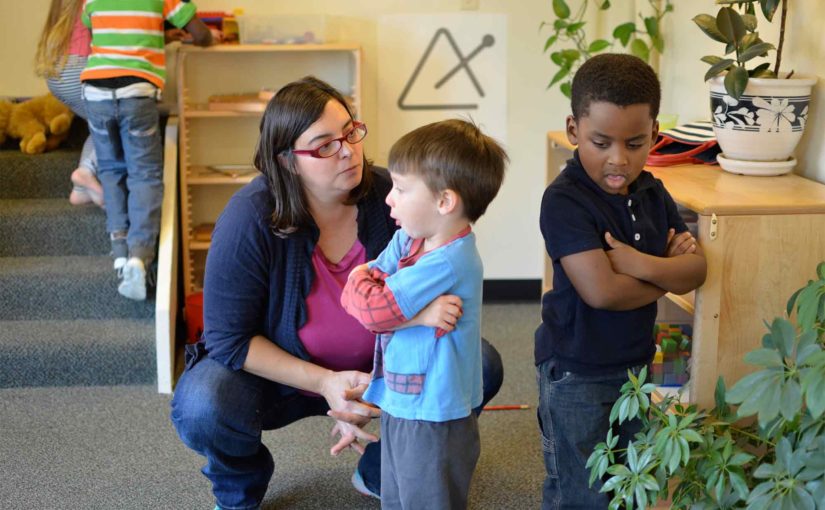 Childhood is the training ground for youngsters to learn how to negotiate the world, school, relationships and living. It is a social experience from which kids reinforce and develop their skills as they grow into adulthood.

Helping them to communicate their needs and wants, manage conflict and effectively resolve disputes can be a challenge, requiring practical strategies and calm understanding from parents. Parents have to manage and understand the everyday conflicts that kids experience at school, with friends, with siblings or other family members.

Conflict can be described as an argument or disagreement between two or more people in which there is an opposing views or behaviors or difference in opinion. Conflict is more complex than just an argument.

It is influenced by the perceptions of the individuals involved – their values, ideas, wants or needs. It is affected by how people respond emotionally – whether they get upset, angry or hurt. Although it may escalate or it may be resolved, dependent on how people behave – name calling, physical aggression, using raised voices or speaking calmly, listening empathetically, withdrawing.

Conflict is also influenced by the way in which people manage and respond the interaction and is triggered by differences arising between people.

A dispute might arise when a child’s needs, opinion or wants are different to a parent’s, sibling’s or friend’s. The child experiences an emotional reaction and he or she might become scared, upset, angry, or hurt. These feelings and fears can lead to behaviors such as name calling, shouting or physical aggression that can escalate the dispute into a serious argument.

Children with poor conflict resolution skills are likely to experience:

What can you do?

In the resolution process, parental intervention in combination with children’s involvement has been found to be most successful in promoting compromising, autonomy and children’s later reasoning. Because kids fight for all sorts of reasons, parents and carers have the difficult task of knowing when to intervene or when to let an argument run its course, when to let the kids sort it out themselves or when to mediate a dispute. Parents might be of the opinion that in allowing kids to resolve their own disputes and to fight their own battles, kids grow and learn important social skills.

Parental intervention can be in the form of mediation where parents can play an active role in helping children communicate their needs, manage their emotions and empower them to come up with their own solutions.