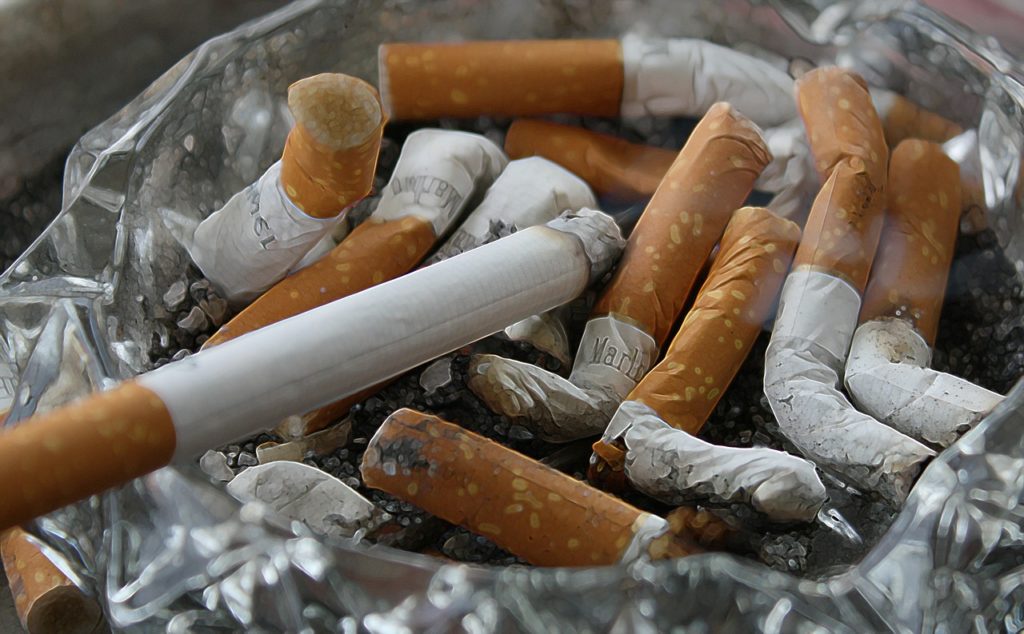 Nicotine is the addictive drug in tobacco smoke that causes smokers to continue to smoke. Addicted smokers need enough nicotine over a day to ‘feel normal’ – to satisfy cravings or control their mood. How much nicotine a smoker needs determines how much smoke they are likely to inhale, no matter what type of cigarette they smoke.

Along with nicotine, smokers inhale about 7,000 other chemicals in cigarette smoke, many of these chemicals come from burning tobacco leaf. Some of these compounds are chemically active and trigger profound and damaging changes in the body.

Tobacco smoke contains over 60 known cancer-causing chemicals. Smoking harms nearly every organ in the body, reducing health in general and causing many diseases.

One of the largest causes of preventable illness and death in United States is tobacco smoking. Smoking causes heart disease, stroke and emphysema, as well a range of cancers.

Tobacco causes more death and illness than any other drug. This  is estimated to be about 90 percent of all drug-caused deaths. Up to two in three lifetime smokers will die from their habit, and they will die on average 10 years earlier than non-smokers.

The benefits of quitting smoking

Quitting smoking dramatically reduces the risk of smoking-related diseases, and immediate health benefits, whatever the person’s age. Statistics include: