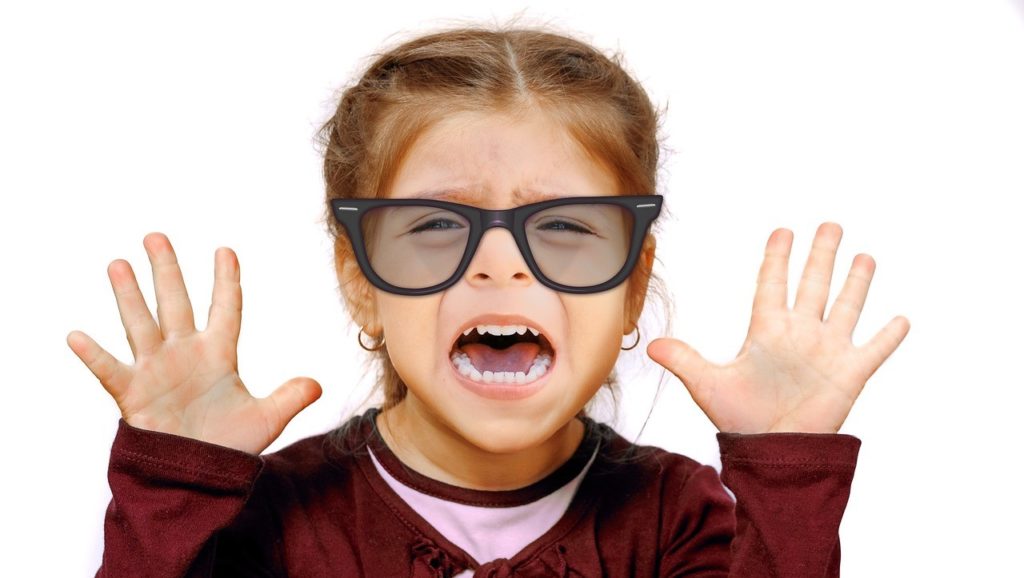 Why it happens and what to do about it?

Aggression is a normal part of a child’s development, as shocking as it may be to you. Lots of children this age kick, hit, scream themselves in the face or grab toys from classmates, from time to time. The cause may be a simple case of fear: for instance, your child might lash out if he feels cornered by another child.

Other triggers may have more to do with frustration, because your child is learning a lot of new skills, from speaking in complex sentences to using scissors. He can easily become frustrated with everything he’s trying to learn and end up pouncing on a playmate.

Sometimes, your kid is simply hungry or tired. He doesn’t quite know what to do about it, so he responds by throwing a tantrum, hitting or biting.

Your child will eventually grow out of his aggressive behavior as he discovers how to use words instead of feet and fists to solve his problems. Helping him realize that he’ll get better results from talking than he will from pulling a friend’s hair.

What you can do about aggression?

It’s best to let him know instantly when he’s done something wrong. Remove him from the situation for a brief time-out, three or four minutes is enough. The idea is for him to connect his behavior with the consequence and to work out that if he bites or hits, he’ll miss out on the fun. No matter how angry you are with him, try not to hit, shout or tell your preschooler he’s naughty.

Let your child calm down, and then discuss what happened. Ideally, 30 minutes to an hour later is the best time to do this, after he’s settled down but before he forgets what happened. Ask if he can explain what triggered his outburst and explain that it’s perfectly natural to get angry sometimes, but it’s not OK to bite, kick, hit or push.

Now is also a opportunity to teach him to walk away from infuriating people and situations until he can think of a better way to respond than letting his fists fly.

If your child’s aggression makes a mess or damages someone’s property, he should help to fix it. He can help, for instance, to glue a broken toy back together or clean up the biscuits or blocks he threw in anger. Present this as a natural consequence of an aggressive act, something that anyone would need to do if he broke something.

Make sure your preschooler understands that he needs to say sorry, even if you have to lead him by the hand to the offended party and say it for him.

Try to catch him being good, rather than paying attention to your child only when he misbehaves and tell him how proud of him you are, and praise it.

Some kids have more trouble with aggression than others. If your child’s behavior is frequent and severe, and results in physical attacks on adults or children, it is a time see his doctor.